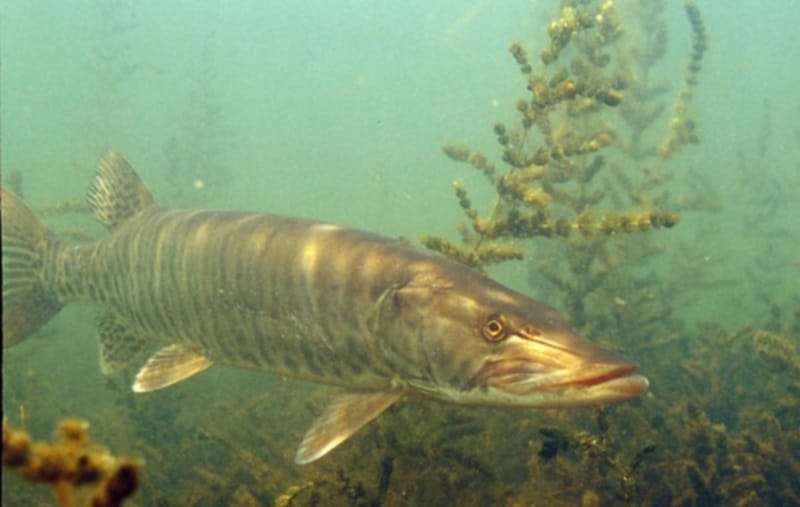 ​Musky are easily the largest predatory fish that the majority of freshwater fishermen will seek out ​on a regular basis.

If you are planning on fishing in water that is known to have large muskie present within it then you better make sure that your musky setup is up to the task.

For smaller musky you can, of course, use a heavy bass spinning or casting rod and reel but once you start hooking up any musky over ten pounds then you may need to start thinking about upgrading to a dedicated musky rod and reel combo.

​If you have only ever used a spinning reel and rod then NOW is the time to learn how to use a baitcaster.

Musky is big powerful fish and if you were to use a spinning set up the reel would be too large and heavy to be casting and holding all day.

Baitcasters are lighter and are much easier on the arms when casting large lures on a long day out on the water.

​The best baitcaster combos need to be perfectly balanced to get the best performance out of both rod, reel, and line.

Most musky lures are quite larger than bass or trout and any musky fishing setup needs to be up to the extra demands that will be placed on it.

Power generally refers to how much of a backbone the rod has, in other words, how big a fish and lure that it has been designed to handle.

For musky at a minimum, you’ll want a rod that has a power rating of at least medium/heavy.

Note: this does not mean that the rod is actually heavy to hold in your hand. In fact the lighter the rod weight the better seeing as you’ll be the one casting it all day.

Rod action and power are often confused. Rod action is described were along the rod blank does the rod actually start to bend once there is pressure applied to it.

For quicker hooksets, a fast-action rod is best. When you are casting lures a long distance you need your rod to communicate back to you with good sensitivity. A faster action will give you this much better than a moderate action.

​A baitcasting reel that can handle several hundred yards of braid fishing line is the right choice when it comes to choosing a reel for musky fishing.

Generally, a size 300 baitcaster or even a 400 should be more than enough. If you are looking to burn lures at high speed then a high gear ratio is required.

However, the higher gear ratio reels do tend to seize up more easily due to higher wear and tear. If you are using very large lures then a lower gear ratio is generally better as it gives you more cranking power or torque than a faster reel will.

There are lots of low-profile baitcasters available that will fit the bill. But, a lot of musky fishermen will still use an older style round baitcast reel.

Reels like the Shimano Calcutta or an Abu Garcia Ambassador or C3 are still super popular.

​My go-to choice of line for muskie is always braid. For the same breaking strain as monofilament, braid is almost half the diameter.

​Considering that you will probably be using a line with a rating of 50 pounds for musky braid is by far the better choice.

It also has the added advantage of slicing through weeds much easier than mono thanks to the smaller diameter.

It will also stretch less when you strike. If you are casting long distances then having a sharp hook set is important especially if you have a lot of lines out.

You would probably need to use a strong wire leader regardless of what type of mainline that you are using. Musky has a massive jaw full of razor-sharp teeth that can easily slice through braid or mono. Using a wire leader gives you a bit more confidence.