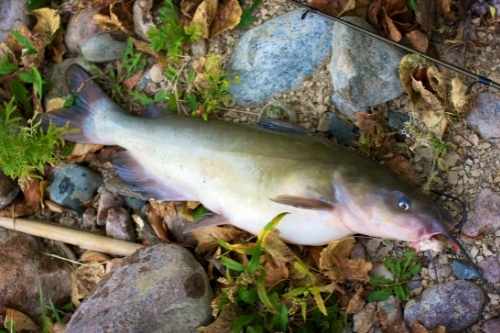 Catfish are known all around the world for their magnificent whiskers. It is a huge fish that can be found in both rivers and the sea. The bristles and fat on this fish set it apart. It has the appearance of a cat, either in its whiskers or in its jaw.

The spines on the catfish’s dorsal and pectoral fins protect it against predators. It also has two barbels, one of which is larger than the other, and a rather wide head. 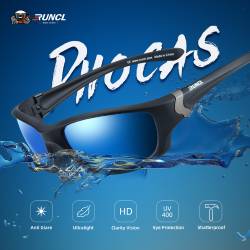 Before going into detail about how big a channel catfish may get, it’s vital to note that there are over 3000 different species of this fish. They can be found in many places of the world, and the majority of them reside in freshwater habitats.

When a catfish hits full maturity, we can locate them in a wide range of sizes, ranging from the tiniest (less than 50 cm) to the largest (more than 2 meters). Similarly, the catfish fish may reach a maximum weight of 200 kilograms.

Nevertheless, the (huge Mekong catfish) is the biggest historically recorded catfish; it was caught in the Mekong (a river in Thailand) and weighed 293 kilograms, and was 2.7 meters in length.

The average size of this type of fish ranges between 1.2 and 1.6 meters. Keep in mind that catfish of 2 meters or more are uncommon. Furthermore, they could weigh more than 100 kg and have a length of more than 2.5 meters in some situations.

How Big Can Channel Catfish Get?

The Size of a Channel Catfish

Knowing a little in-depth the size that a catfish can reach in general, it is time to learn the specific size of a channel catfish. As we have said before, there are many types of catfish, and each one will have a different size.

The Channel catfish is also known as the chucklehead cat, spotted cat, and willow cat.

It’s called a catfish because its barbels resemble those of a cat. Iowa, Nebraska, Missouri, Kansas, and Tennessee all have channel catfish as their official fish.

What Influences the Size of a Channel Catfish?

Many factors influence channel catfish growth; however, the temperature is one of the key factors. At water temperatures above 70°F, they initiate vigorous feeding and active rapid growth, and growth is not slowed in natural environments if sufficient food is plentiful.

Catfish are thought to grow faster in the south since the hot water season lasts much longer than in the north.

Channel catfish populations are abundant in streams and rivers with moving water, as well as in ponds and lakes with stagnant water. Since lakes and rivers have distinct sources of food and dealing with rushing water might force a channel catfish to waste a huge amount of energy, growth in static and flowing water may differ significantly.

In stationary water, such as reservoirs, channel catfish grow quicker. Channel catfish can exist in a wide range of environments. They do, however, flourish in standing water, as proven by the thousands of pounds raised in aquaculture ponds each year and the superb angling they offer in small impoundments and ponds. In rivers, channel cats like low-water areas.

They prefer slower-flowing ponds and are quick to migrate to floodplains to graze on a diverse range of animals and plants foods. In stagnant water, they normally grow quicker.

It’s crucial to note that some researchers discovered that latitude increased growth as well. In other words, growth rates in northern waters could be higher than in southern ones during an equivalent growing season. If you place southern and northern catfish in the same tank under the same conditions, the northern catfish will develop faster.

It’s worth noting that many farmers use various techniques to speed up the growth of these fish. Protein is an important component in causing channel catfish to gain weight. Cottonseed, soy, sunflower, etc., are good sources of protein.

A channel catfish’s forage should contain 40% protein, according to experts. Because it grows faster than other fish and is a carnivore, this fish requires a lot of protein.

Farmers must frequently update reservoirs in order to ensure consistent production and profits. Furthermore, because fish do not always develop at the same rate, it is vital to maintain a consistent growth phase among pond occupants to prevent unnecessary food fights.

The Best Fishing Gear To Use

Abu Garcia C3 catfish reels are a specialist model based on their much loved and respected C3 series of round baitcasters. The best catfish baitcaster reel? For blues and flatheads, absolutely. Check them out on Amazon

It’s not that easy to find and when it’s available I tend to stockpile it! Designed to be lower stretch than most monofilaments. It comes in a fluorescent green that is easy to see in strong sunlight or when night fishing. Check them out on Amazon

How Long Do Catfish Live?