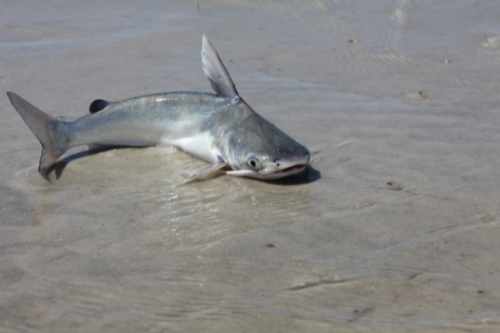 There are over 3000 distinct species of catfish, according to scientists, and they all live for varying amounts of time. Catfish may be found all over the world, so it’s vital to keep in mind that their lifespan varies based on where they live and other factors.

There are many theories about how long a catfish can live. Obviously, all of these assumptions occur due to a large number of catfish species out there. Many say that these fish live 20 years or more, but many others claim that they live between 60 and 100 years.

This will depend on many factors, the most important being the type of catfish but also the diet, habitat, and the fact that they are not caught by fishermen.

The Mekong gigantic catfish is the world’s largest catfish species. It can reach a height of 3 meters and a weight of 294 kg. It is a member of the shark catfish family, which was on the brink of extinction in 2014. This catfish, for example, can live for more than 60 years.

The usual lifespan of a blue catfish is 9 to 10 years, while some have been reported to live up to 25 years. Channel catfish live for 6 to 7 years on average, but some survive for more than 10 years. Flathead catfish have a lifespan of 12 to 20 years, depending on their diet, environment, and overall quality of life.

How Long Do Catfish Live?

How Long Can a Catfish Survive If It isn’t in Water?

Catfish have a special organ that allows them to live out of water for up to 18 hours, unlike most other fish that can only survive for about 10 minutes. They have a suprabranchial organ that permits some catfish to live without water for long periods of time compared to most normal fish. Just above the arches of gills of these fish, they have a lung-like structure.

It allows catfish to absorb oxygen from the air in the same way as a human’s lungs can. This organ is beneficial to catfish since it permits them to migrate overland in search of additional water during dry spells. Since they could take in oxygen from the air, they may survive in muddy circumstances for long periods of time.

Nevertheless, because it does not breathe the same quantity of oxygen as they do in the water, the time period they can live out of the water is restricted.

When bringing a catfish home after fishing, it’s essential to put it in a container with a lot of water. That way, you can kill it and clean it when you get home. However, you can kill and clean it at the lake (or wherever you got it) and put it on ice on the way back home to stay fresh and prevent it from spoiling.

How Long Can You Keep a Catfish on Ice?

You’ll have to put your catfish on ice if you really want them to stay as fresh as possible until cleaning them. It’s essential to put these fish on ice as soon as possible after catching them during ice fishing.

They may survive anywhere from 24 to 36 hours if properly stored on ice. Do not allow them to become wet. As the ice melts, make careful to drain the water. Each fish of this type will require roughly 900 grams of ice.

To preserve the catfish fresher for longer, shock and bleed them prior to putting them in plastic wrap. If at all feasible, wash and gut the fish as quickly as possible, then put it on ice to keep it fresh. After you’ve stunned and bled the fish and filleted it, clean it in cold water, rinse it off, wrap it up, and put it in a freezer with ice.

What Is the Maximum Time a Catfish Can Survive without Eating?

If the water temperature is below 70 degrees Fahrenheit, catfish could live for long periods without eating. In reality, they normally cease eating in the wintertime when the temperature of the water goes below 50 °.

They eat every day for the remainder of the year and swim to where the food is. Catfish have been observed eating anything from larvae to snails, insects, fish eggs, and even other fish. Algae and vegetation are also eaten by them.

Can a Catfish Survive in Mud for a Long Time?

Catfish can survive months in the muck if there is enough water around them. They’ll try to go to where there’s already more water if it becomes too dry. They may live for many hours without water or in a muddy environment with little water by using their incredible suprabranchial organ.