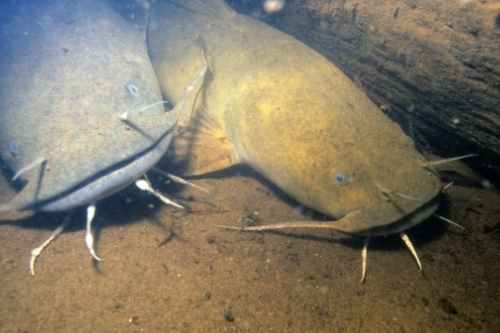 Flathead catfish have seen a surge in popularity over the years, as more fishermen have been targeting freshwater species weighing more than 50 pounds. These fish can weigh over a hundred pounds, making them one of the top five biggest species in American waters.

However, capturing trophy-class flatheads isn’t straightforward. Larger specimens are lonely animals that are difficult to locate and choosy about the catfish lures they will bite.

They spend most of their time under the dense cover, so they are difficult to catch, and they are found in only a small percentage of the country’s waters. Trying to hook one could take a significant amount of time, money, and energy.

If you’re one of the catfish lovers, you’re more interested in hitting a large number of catfish to preserve and eat, and you’ll want to concentrate your efforts on smaller flatheads up to 10 lbs., which are far more frequent and easy to capture.

When fishing excellent waters during convenient times, you could catch a dozen or more catfish on a great day, and the largest of those will deliver sufficient rod-bending action to have you happy for hours.

The flathead catfish’s delectable flavor is another motivation to pursue the fish. Channel catfish, Blue catfish, and even bullheads are all excellent table fish, but a lot of hardcore catfish lovers believe that an adolescent flathead has a delicious flavor that is far better compared to that of the other types.

Are Flathead Catfish Good to Eat?

What Size Catfish Should You Eat?

As we have said, flathead catfish are generally large in size, although there are also other smaller ones. Eating large flatheads is not the best option, and we will talk about that later.

Actually, the best size of a catfish (regardless of its species) to eat is between 3 and 5 lbs. The smaller catfish are generally better to eat because the larger ones are toxic.

Since the flesh is fresher in smaller catfish, it tastes better. Because the fish isn’t too old, its meat is likely to be free of contaminants.

Small flathead catfish are easier to capture than bigger catfish, and the flavor is usually superior. Whenever a fish of this type is born, it does not have a lot of food possibilities. Little crayfish, small insect larvae, and flies are common prey for catfish of this stage.

They prefer to live in locations that are quite shallow. Riverbanks, creeks, and shallow flats are some of them. These little fish prefer to keep out of deep water, which contributes to their superior flavor.

Based on your region, the shallower hiding places contain less mercury. Mercury and other contaminants tend to settle near the river’s bottom. Mercury is a poison introduced into water as a result of pollution and other elements. If you’re not cautious, you could get mercury poisoning. It’s usually caused by consuming too much shellfish or fish.

Why Do Big Flathead Catfish Have a Bad Taste Compared to Small Catfish?

Since they have more poisons in their meat, large flathead catfish taste worse than tiny catfish. As previously stated, the flesh of old catfish deteriorates and becomes mushy, imparting a unique and stronger flavor when cooked. Larger catfish have more poisons built up in their flesh as a result of swimming in the river for longer periods of time.

Because the majority of the chemicals are accumulated at the river’s bottom, bottom-dwelling fish are the ones who suffer the most. Fish acquire poisons from the food they consume; therefore, if that food was found at the bottom of a river, it’s likely that they’re toxic.

Is Flathead Catfish the Best Species to Eat?

Simply put, yes, the flathead catfish has an unbeatable flavor, but that doesn’t mean that the other types of fish are not delicious to eat. Everything will depend on the diet and personal tastes of each person.

On the other hand, when you fry channel catfish, it has a fairly hard consistency. It’s flaky, but not to the point of flaking out of your hand. The flesh, which has a mild taste, can be given a lot of flavoring. However, since they are mostly found in muddy areas, they are likely to have a muddy taste.

Blue Catfish are similar to Channel Catfish. The flesh is a little fatter than usual, but it still tastes great. Keep in mind that diet and environment have the greatest impact on flavor.

The blue catfish is a mud-free variation of the channel catfish. It has a mild taste and flaky consistency, but it isn’t as muddy as the other.